Last week Tuesday (July 10th, 2018), the Village of Little Chute was happy to join in the celebration of the statewide Main Street Day with the Wisconsin Economic Development Corporation (WEDC). The Village was one of 8 communities who participated in the Main Street Day celebrations and welcomed several guest speakers to speak about the new and exciting developments that are happening in downtown Little Chute.

Village Administrator James Fenlon began the celebration by announcing two new developments, the first being a Dollar Tree which will be located in the former Save a Lot building in the center of the downtown, and the second being a senior living facility which will be located in the empty lot behind Seth’s Coffee on Grand Avenue. This announcement was followed by brief speeches by Lieutenant Governor Kleefisch, State Senator Frostman, State Representative Tusler, Village President Vanden Berg, and developer Ed Bowen. Each spoke on the importance of developing the downtown area and how exciting these new development are for the village and its citizens.

More exciting than the announcement of these new developments is how each development is building upon the goals that the Village has set out in the Downtown Master Plan. For 30 years the Village has had the desire to develop a senior living facility in the downtown area but was unable until now. This marks a turning point in the village’s Master Plan by aiding in the increasing of the downtown population which in return will help build and grow existing businesses in the downtown area.

The former Save a Lot building has been empty for over a year, leaving a large piece of downtown land vacant. The Dollar Tree development project would renovate the building as well as create a space for a potential bar or restaurant next door. This once again fulfills goals set in the Downtown Master Plan to maintain and grow businesses as well as increasing foot traffic in the downtown area.

Each of these exciting new developments are set to be started this year and finish either later this year or by the summer of next year. These projects will help boost downtown Little Chute further towards achieving its goals in the Downtown Master Plan as well as creating a downtown where both citizens and visitors want to stay. Even with these wins, there is still work to be done. These projects will allow other primary efforts to be executed, focused primarily on infrastructure or key property acquisitions. 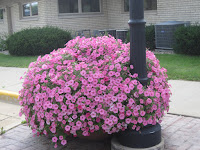 The Little Chute Garden Club is a local club co-chaired by members Ellen Mischler and Karen Mulry. Ellen, along with fellow members and volunteers,  chooses flowers, plants, and takes care of all 42 planters that can be seen throughout the village. During the Holiday season, decorations made by the group are added to all of the planters. The work done by this group and their volunteers adds so much beauty to the village and makes the village a visually pleasing place for both residents and visitors.

This summer the Garden Club will continue to plant beautiful planters around town. This project is not complete without all the volunteers that adopt a planter for the summer growing season by watering them three days a week. The Little Chute Garden Club needs additional help throughout this summer. There are five planters left that will need some caretakers; two downtown and three on County Highway N/Freedom Road. If interested in volunteering please contact: 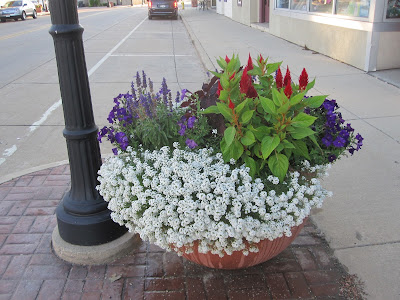 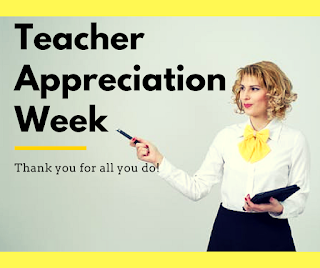 The Village of Little Chute would like to recognize all of the teachers and staff in the Little Chute area school district for making a big difference to the children of our community. Thank you!
Posted by Julie at 5/07/2018 02:23:00 PM No comments:

Amendment to Facade Renovation Program: What is it and Why is it important? 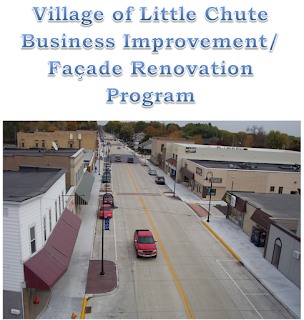 At the April 4th, 2018 Regular Board meeting the Village board approved an amendment to the Façade Renovation Program that provides a new Sign Grant program that incentivizes downtown businesses to upgrade signage while also adhering to the Design Review Manual.

This amendment provides downtown businesses with an opportunity to apply for a grant that would cover $300-$1,000 for a new or upgraded sign. All new sign designs will be reviewed by the Design Review Board to ensure that all signage adheres to the preferred/allowed designs. The goal of this grant program is to further work towards goals set in the 2018-2022 Downtown Master Plan, specifically strategic initiative 2: Enhancing the Old European Façade and General Atmosphere.

Why is this important?

By further working toward achieving strategic initiatives and goals set in the Downtown Master Plan, the Village of Little Chute can continue to work towards redeveloping the downtown area so that it continues to be a thriving place to live, work, and visit. This grant program works to incentivize businesses to update signage so that it will adhere to the Old World European feel that makes the village so unique.

View the Application for the Sign Grant Program here: 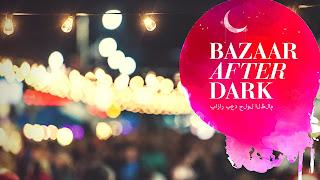